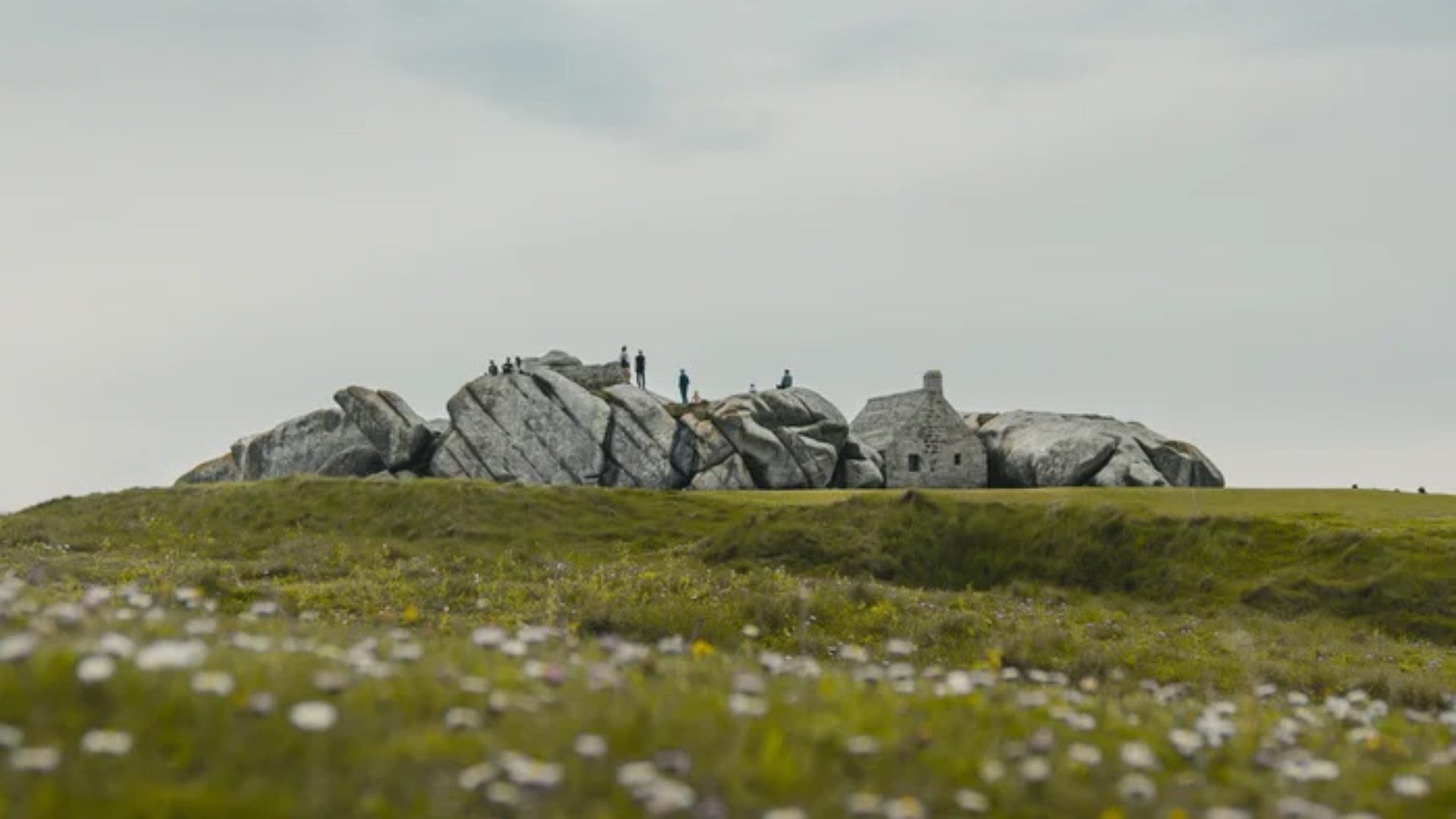 Because of its specific history and background, Brittany has a vibrant and highly specific culture. The whole French population readily identifies most of Breton symbols, music, food or places. Even though a lot of people in Brittany come from many other places, the Breton culture is everywhere in the region and the Breton diaspora all over the world is active and proudly displays its identity.

Brittany is a Celtic area, like Ireland, Scotland, Wales, Cornwall and the Isle of Man. These places are tied by many bonds. The Breton language is very close to Welsh and Cornish, and the Breton anthem uses almost the same lyrics and music as Wales’. Symbols like the Triskell are everywhere from bumper stickers to fashion items.

The ermine is a specific Breton symbol and linked to its motto “death rather than defilement”. The Breton flag is inspired from the US stars and stripes, but black and white (in Breton Gwen Ha Du, white and black) with ermines replacing stars. Bretons never waste an opportunity to fly the flag, and it is on display from car plates to mugs and clothes all around the region. It flies alongside the French and European flags in front of most city halls, businesses, though not the French prefectures.

Brittany has 2 locals languages, Gallo in the East, almost extinct, and Breton in the west with about 200,000 speakers and a network of specialized schools and media. The regional council’s website is translated in both languages, and the names plates of cities and streets are often written in both French and Breton.

The Breton name for Brittany is Breizh and is used in many ways. Other names, such as Naoned (Nantes) or Roazhon (Rennes), are also borrowed for company names or activities. The Breton music can easily be recognized and bands (bagadou, similar to the Scottish tattoos) use a local bagpipe (biniou), drums and the bombard. Musicians also play other Celtic instruments such as the harp.

Major events take place in brittany such as:

Bretons also have traditional parties they call fest-noz (at night) or fest-deiz (during the day), where they just get together for traditional dances, music and food. The largest one is the Cyber Fest Noz, taking place in the whole world (more than 280,000 people connected to the event in 2018)! Brittany has one of the highest density of bars in France, and ranks also high in the number of bars per inhabitant.

Brittany’s exceptional atmosphere has inspired artists of all kinds, including painters of the school of Pont Aven (Paul Gauguin, Emile Bernard, and many French, American and British painters).

Contemporary art and entertainment features major developments such as the Machines de l’Ile (machines of the island) in Nantes, an incredible universe of gigantic characters or animals.

Echoing the traditional Saint Patrick Day of Ireland, Bretons celebrate Saint Yves Day (Gouel Breizh) on May 19, with hundreds of events taking place at that moment. Christian traditions are also still practiced in Brittany, where hundreds of Pardons and Troménies (religious processions) take place each year. A pilgrimage around Brittany, the Tro Breizh, has now become a popular hiking trail.

Traditional clothes are often represented in the media and art, and used in a number of events.

Of course the list wouldn’t be complete without the legends and traditions, often Celtic, with Korrigans (similar to Leprechauns), fairies, the sunk city of Ys, the Ankou (death)… The legend of king Arthur, with his magic sword Excalibur and the knights of the round table, is pretty much alive in Brittany, where it is claimed the whole story took place in the woods of Brocéliance, west of Rennes. A cultural center dedicated to the Arthurian universe is established in the castle of Comper.

The Breton culture is not just a huge heritage, it is still thriving and developing. The Valley of the Saints in Carnoët, for instance, is a sort of Easter Island emerging in the 21st century. Artists and communities are constantly creating, experimenting and sharing.